Since 2017, we’ve had the support of Shell Foundation in the process of establishing our teams and operations in Kenya and India, as well as in the research and development of productive appliances for our users. On top of that, Shell Foundation has been a significant contributor to the global research on the impact and scalability of biogas, giving us and other biogas companies invaluable information about the bigger picture: just how much our technology contributes to creating a better, more sustainable and just world.

In the framework of this year’s World Earth Day, we wished to share with our audience some of the research developed by Shell Foundation in regards to the specific contributions that biogas systems have on the achievement of the SDGs, particularly SDGs 2, Zero Hunger; 7, Affordable and Clean Energy; and 13, Climate Action. The report, which can be found here, leveraged Sistema.bio’s experience, data and knowledge to track and measure the impact. Here are some of the key findings relating to the wellbeing of our planet, that is, biogas’ contribution to SDGs 7 and 13: 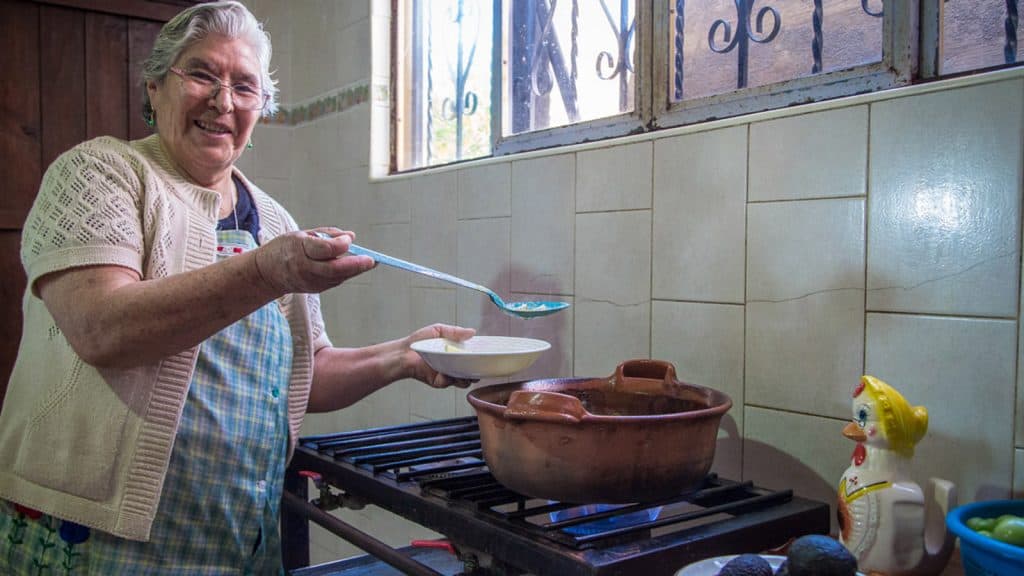 Biogas potential for achieving SDG 7, Affordable and Clean Energy
Worldwide, 789 million people lack electricity, and 2.8bn people do not have reliable access to clean and safe cooking fuels. This negatively impacts households & communities as well as the whole globe. Indoor air pollution from wood stoves causes over 4 million deaths every year, whereas globally, energy is the predominant contributor to climate change by adding 60% of the total greenhouse gas emissions.

According to data collected by Sistema.bio, 40% of the world’s population lack access to clean cooking fuels. The proportions are even higher in the regions in which biogas is a scalable technology; 70% of the population in Sub-Saharan Africa still rely on traditional biomass as a cooking fuel. Larger farmers are also still heavily reliant on both wood and LPG as a fuel source.

Biogas contributes to SDG 7 in several ways. First, biogas provides increased access to clean energy by displacing other energy sources, mainly firewood and LPG, which are significant contributors to greenhouse gas emissions and indoor air pollution. Secondly, by creating a new energy source from livestock waste, biogas helps in reducing household expenditure on energy, thereby increasing the affordability of energy for all. This also translates into biogas improving the reliability and sustainability of energy access. It should be noted, however, that the reliability of biodigesters requires ongoing support and maintenance, and without proper infrastructure, there are likely to be long-term reliability issues. Thus, organizations offering biogas technologies should create an infrastructure that is durable as well as reliable in the long run.

Biogas potential for achieving SDG 13, Climate Action
For the past few decades, changes in weather patterns driven by climate change have resulted in significant human, biological and economic losses. Without action, our planet is at a risk of environmental changes and catastrophic events going forward, a fact that has become increasingly evident with global wildfires, hurricanes and even the current pandemic.

While SDG 13 mainly targets policies, there are several paths through which biogas systems contribute to climate action. Firstly, there is the reduction of methane emissions through improved manure management. One of agriculture’s biggest carbon footprint comes from manure which, when poorly managed, releases methane to the atmosphere. Combustion of biogas captured via biodigesters converts methane into carbon dioxide, which is far less harmful to the environment. Furthermore, as previously mentioned, the use of biogas for cooking displaces non-sustainable energy sources such as biomass, kerosene and LP gas, all contributors to greenhouse gas emissions. On this note, there are also big environmental benefits to biofertilizer, the rich organic fertilizer produced by biodigesters. This by-product not only improves soil health but also significantly reduces farmer’s reliance on nitrogen fertilizers, which are a major contributor to N2O emissions.

Finally, there is a clear link between biodigester use and reduced deforestation: on the one hand, transition from biomass fuel sources to biogas reduces the need for wood recollection. Furthermore, increasing soil health and crop productivity reduces the need for agricultural land expansion, which is also a big contributor to deforestation and ecosystem degradation. 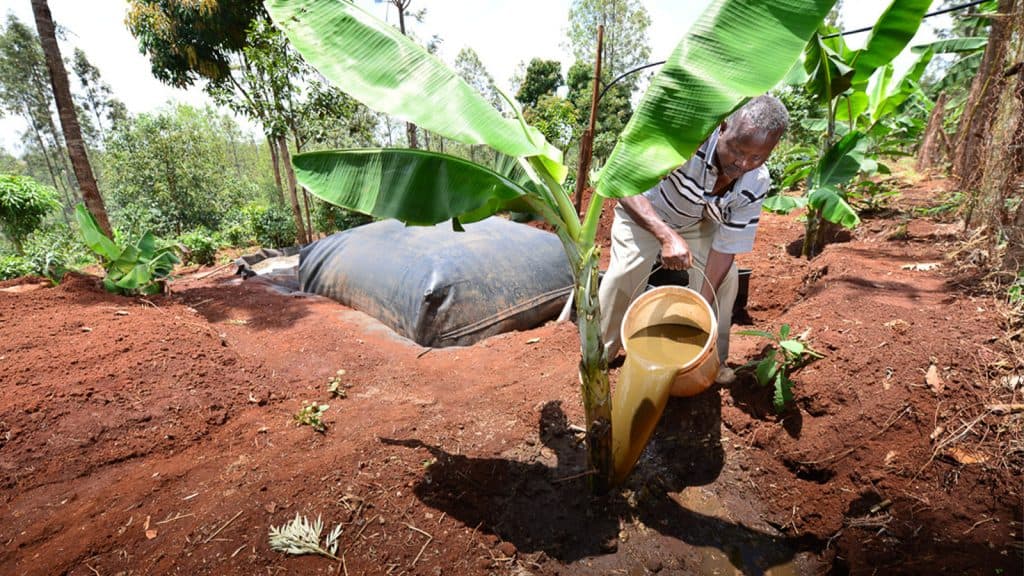 Potential to scale
On top of the aforementioned environmental benefits, biogas has great potential for social and economic impact, not to mention the health benefits of reduced indoor pollution. As for its scalability, there is an estimate of over 30 million households with the right conditions to adopt biodigesters in Africa alone, of which less than 1% have fully installed and operational biogas systems. A similar framework is presented at Central and South America farms, which according to the EIA account for 20% of overall biogas production potential. The biggest exception for this generally underserved potential is East Asia, and particularly China, where biogas accounts for 12% of total energy use. Generally speaking, however, the potential for biogas global scalability is increasingly recognized, as demonstrated by the World Bank report The Power of Dung.

Barriers to scale
For low-income, rural households, financial barriers in the form of the initial cost of biodigesters is often the critical constraint towards utilizing the technology, despite economic benefits in the long run. It thus becomes necessary to offer products on credit. As per our internal sales data, 75% of our products are sold on credit. This makes it difficult for organizations as cash realization of sales can extend for up to 3 years after the initial purchase.

This is where biogas’ potential to attract greater funding from alternative impact-based sources becomes significant. Impact-based funding, however, requires clear and rigorous results measurement, to demonstrate and persuade stakeholders that this impact is worth financing.

The report carried out by Shell Foundation maps the key impact pathways between biogas and SDGs 2, 7 & 13. It also demonstrates biogas’ potential for impact in a wide variety of contexts, geographies and market segments. Leveraging said impact will be crucial in the process of global scalability, especially when considering the fact that biogas systems are capital intensive and therefore require subsidies when serving the lowest-income consumers. Luckily, reports such as this one, where impact pathways are not only researched in detail but also tracked and measured, open the doors for a wide array of funding and financing mechanisms.

Over the years, Sistema.bio has implemented various programs through our partnerships, a strategy that has not only allowed farmers from around the globe start producing their own energy, but has also allowed us to become the biggest, most experienced biogas team in the world.