Carlos: The Land as a Life Project

Carlos is many things: a father, a son, a farmer, an engineer, a student, and a teacher.

He grew up in the countryside, among wheat and cotton crops. Agriculture was his father’s specialty, a man that gave Carlos a farming tradition that has been with him all his life. Born in Mexicali, Baja California, Carlos dedicated a large part of his life to the petrochemical industry. Upon retiring, after 32 years working in the hydrocarbons sector, he and his wife Tomasa returned to the countryside in 2007. Wanting to return to his roots, he purchased some land in Altamira, Tamaulipas, along with some animals —cows, sheep, pigs, and chickens. Upon returning, Carlos realized that he not only loves farm life, but he loves the land itself. “I am very satisfied with my life in the countryside,” he tells us.

Carlos was one of SIstema.bio’s first clients. We met him in 2011, a difficult year for many Mexican families. In a country besieged by violence, the war on drugs, and the insecurity that it entailed, new ideas and changes in perspective were especially necessary. Things had to change. Iniciativa México arises in this context, a reality show with a social focus organized by the country’s main media channels and the federal government. Sistema.bio participated as one of the contestants, and Carlos was selected as a beneficiary. It was this participation that allowed us to initiate this long-standing collaboration with him —and with many other Mexican farmers.

Tampico and its surroundings were chosen to participate due to their high rates of violence and crime. At that time, the recently retired Carlos began a new life project. 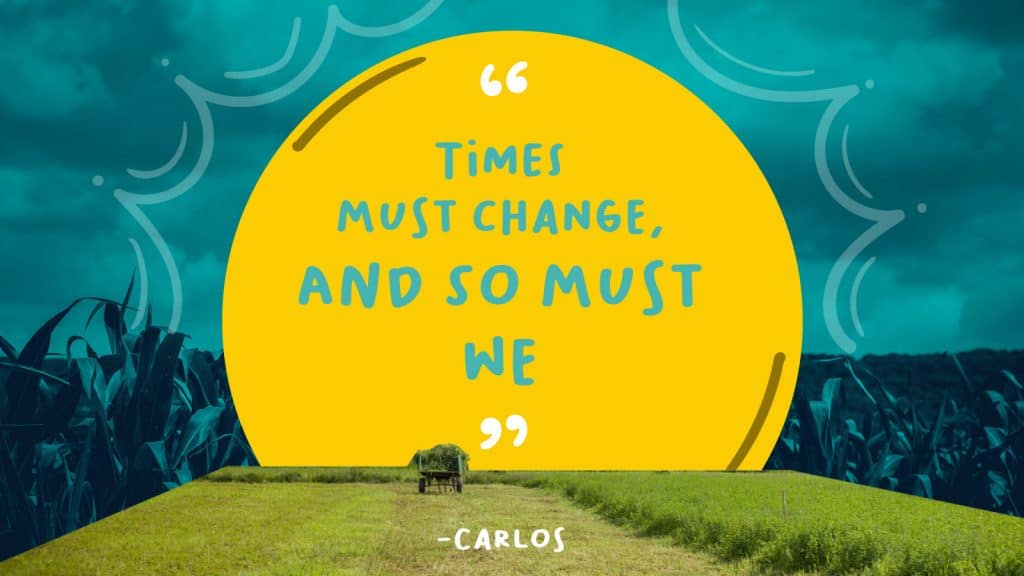 Upon retirement, Carlos began two new cycles simultaneously: the cycle of farming and the cycle of learning. Once back in his farming roots, he decided to acquire the tools necessary to make the most out of this new life and enrolled in animal management courses, as well as in training for the production of chorizo, cheeses, and other animal-derived products. In this process, he came to be known among other producers in the area.

When Iniciativa México arrived in the rural area of ​​Altamira, the municipal government sought out small producers to install biodigesters on their farms. The authorities spoke with Carlos one weekend, and the following Monday Camilo Pagés, co-founder of Sistema.bio, was at his home. That same week the biodigester was installed. “And that’s how we started this very nice adventure,” Carlos tells us.

For him, the first conversations with Camilo were edifying. After so many years producing industrial methane gas, the idea of ​​making it at home was surprising. Although he was not familiar with biodigesters, he trusted Camilo and our innovative product. Above all, he had faith in the new generations of thinkers.

Having been part of the petrochemical industry, he was certain that more and more people were finding new ways of generating energy through hard work, research and experimentation: “I was aware that there are people who have studied and found new ways of obtaining energy, and I trusted that, I knew that they were good and very useful things. And I was right.” 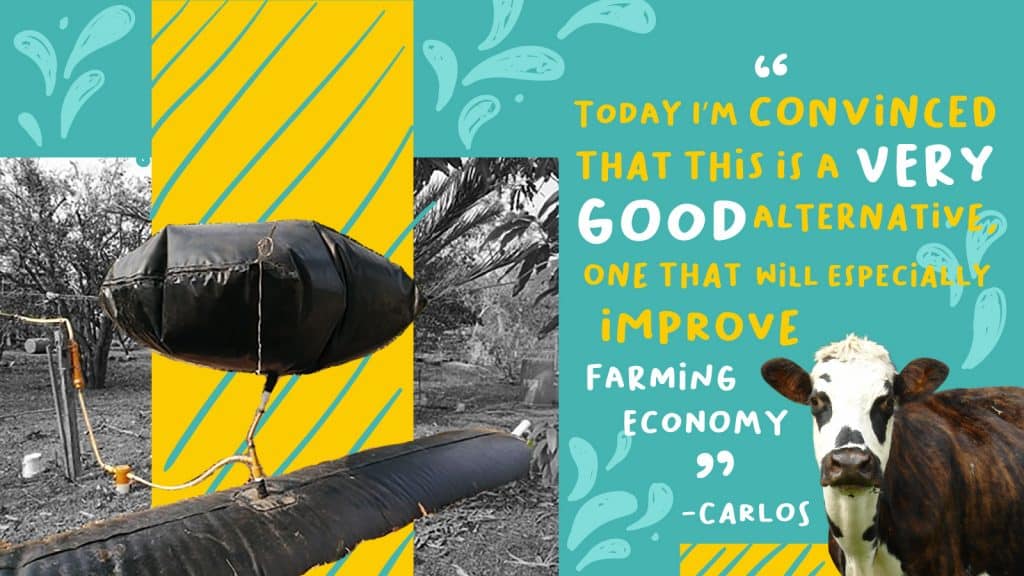 Since then, his life has changed. What’s more, things have changed on his farm, but so has his role within his community, within Mexican farming —even his role in the future of the world has changed.

Carlos and Tomasa grow sorghum, corn, Cuban grass and alfalfa, as well as other common local species, on 3 hectares of crops. Before their biodigester, they used one sack of chemical fertilizer per hectare in each planting cycle. Their soil was tired. And although the chemical fertilizers helped the land to cope with each growing season, they could notice it getting weaker and weaker. “The soil is tired, it must be strengthened. And yes, chemical fertilizers help it, but in the long run, they do more harm than good.” The process observed by Carlos is one observed by farmers around the world: the soil loses nutrients with each cycle of plowing, sowing, and harvesting.

Now Carlos and Tomasa have a different soil: they have the soil they need. A strong soil that welcomes their crops year after year, providing the best food for their family, their customers, and their animals. 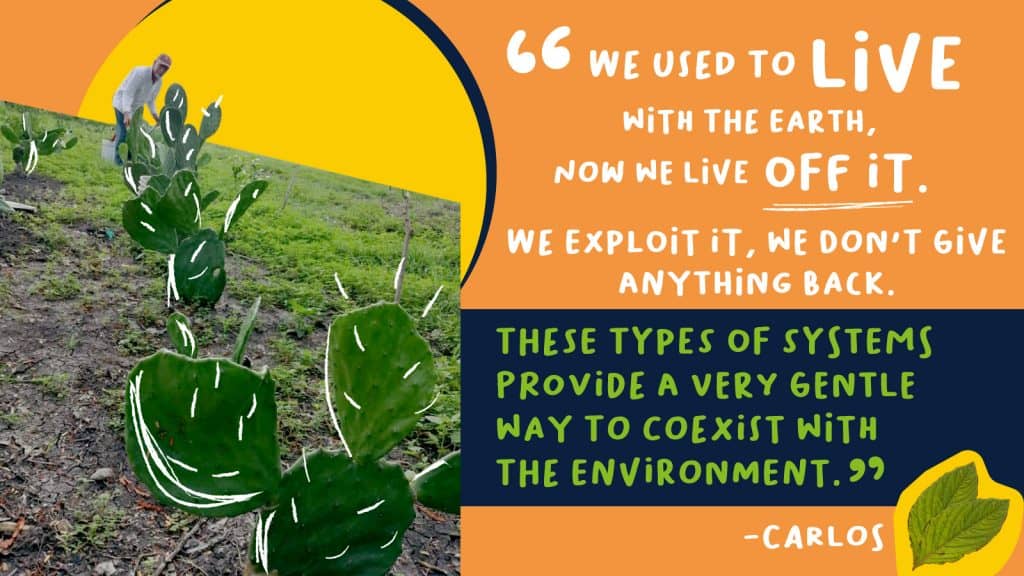 If anything distinguishes Mr. Carlos, it’s his hard work, his values ​​and his passion for contributing to better lives. In the last 10 years, he has had a substantial impact on his community, teaching his neighbors about renewable and alternative energies for empowerment, all hand in hand with his wife Tomasa. When asked about his family, Carlos told us: “At home, I live with my wife Tomasa (Doña Tomy), companion of a thousand battles, originally from CD. Mante, Nursing Graduate, also retired, a woman with calloused hands and a face tanned by the sun. We have aged together, we have three children who work in the health sector. They fill us with pride for being simple and humble people with a vocation to serve others.”

This family has cooked three meals a day with the biogas produced by their biodigester since 2011, and they only buy two or three tanks of LP gas per year —when Tomasa bakes bread, cakes or cookies. 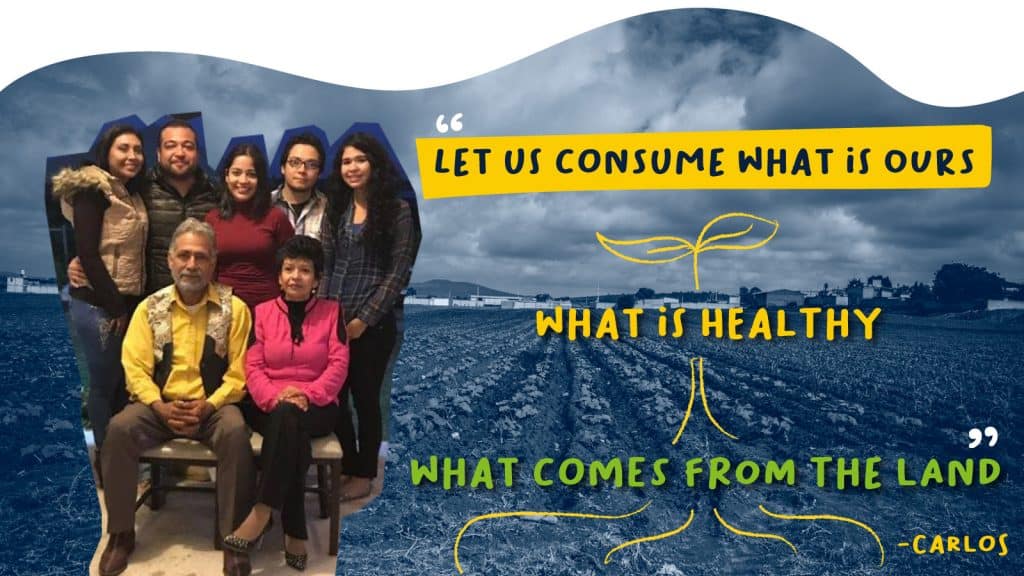 The life project that Carlos started in 2007 not only had a positive impact on his surroundings without hurting the planet: it has also changed the history of Mexican agriculture and livestock. After receiving his biodigester, Carlos’s farm became a stage for change, for possibilities, for the exchange of learning. As of 2011, Carlos began to host different farmers on his farm to demonstrate and give talks about biodigesters, biogas and biofertilizer. Since then, academic institutions and livestock associations have contacted Carlos, who over the years has become a spokesperson for renewable energies —in conferences, talks with livestock associations, and social media.

The person who received one of our first biodigesters by mere chance, by a chance of fate, is today one of our greatest examples that change is possible, and that it is us who make it. Although Carlos did not know about biogas or biodigesters when he received his system, little by little he has become an expert —not only has he kept a daily log of the processes of his biodigester, but he has studied in depth the different possibilities that renewable energies provide.

In close collaboration with Camilo Pagés and Luis Rojas, Sistema.bio technician, Carlos has shared with experts and students from various institutions everything there is to know about biogas and biodigesters. “That motivates me and fills me with satisfaction, being able to share with young people and know that there are institutions of a high academic level that also care and that recognize that we as simple citizens can also do something to live with the earth and not destroy it as we have for years. It gives me great satisfaction and I will continue to do it.”

Through his biodigester, Carlos has opened many doors, made new friends, and found new passions. Above all, he has found a way to contribute to the future of the world. 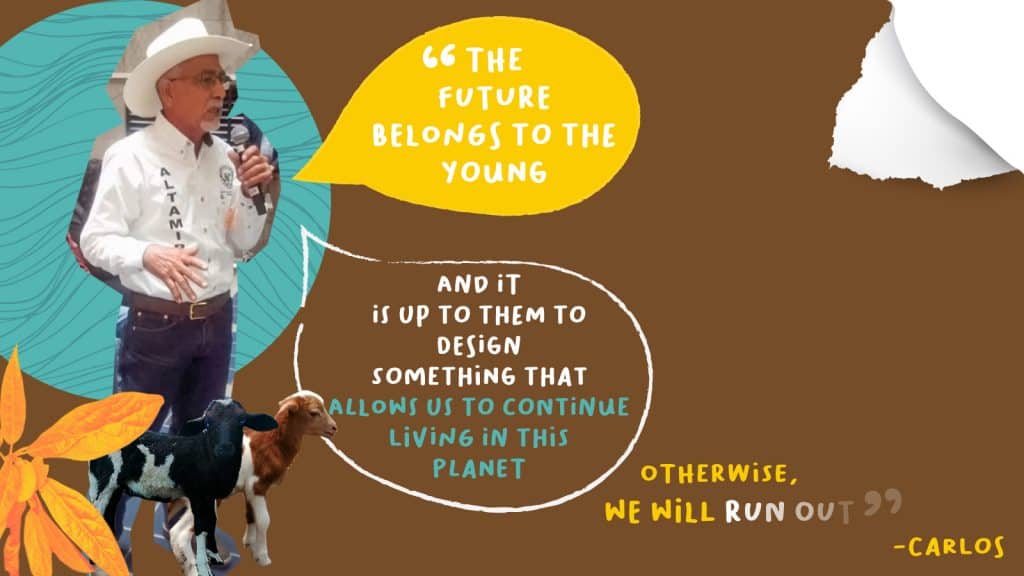 We want a better world and a more conscious and supportive humanity. We want lands for those who work them, forests for those who inhabit them, and seas for those who travel them; and better and more nutritious food for all. Carlos wants the same. And to achieve this, a change is necessary in our way of producing, in our way of working and inhabiting our Earth.

In these 10 years, we have learned that the future of our Earth is in the hands of those who work it. That’s why we focus on farmers like Carlos, who get up early every morning and lead change, lead the future. He knows first-hand the responsibility and effort that farming life entails: “I really enjoy the countryside, but I am empathic with other farmers and I realize that living off the land is a very difficult challenge. I don’t know how they do it, but hey, they get ahead with their tasks and bring their families forward with many shortcomings and difficulties, but very happy. Farmers are very grateful people. It gives us a lot of pleasure, it gives us joy to live with such humble and pleasant people.” For this reason, he tells us, it is important to support our producers and buy from our farmers. Because our life depends on them. 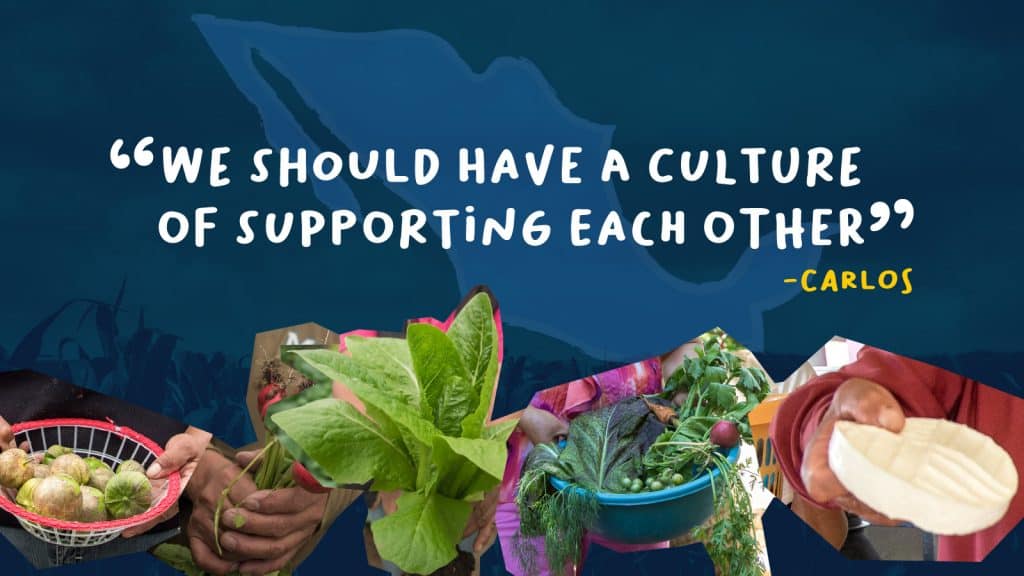