This pandemic has affected each of us in a different way. And although rural areas show lower rates of contagion than large cities, the economic impact can be felt everywhere. Faced with calls to stop our activities and stay home, many people have managed to halt our work. But farmers continue reminding us who they work for: “We live off the field, and if we don’t tend to the field there is no harvest.” In agriculture, things have not changed much: producers have to keep getting up and working the land, especially now that the harvest season is upon us.

In livestock farming, on the other hand, things change a bit: no matter where in the world they are, most producers face an uncertain economy. The panorama is worrisome, with problems ranging from variations in the price of products such as milk and meat to the paralysis of national and international distribution chains. Farmers are the first link in these chains, and products that fail to enter the market at the right time represent a loss for each farm.

Many realities coexist in the countryside, and a big part of our work is to understand what each one consists of. During this crisis, it is important for us to be aware of the ways in which our clients have been affected, since it allows us to have an overview of the impact on producers in the region. On the other hand, it allows us to have a clearer idea of the role that biodigesters play in the resilience of rural families in situations like this. Below we present what some of our clients in Mexico and Colombia have shared with us. 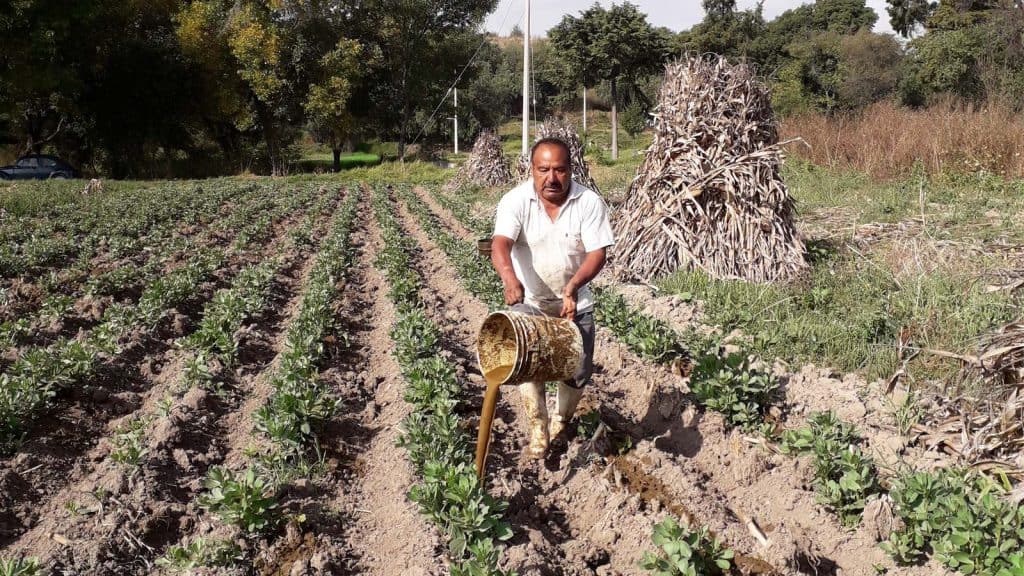 Juana has been a Sistema.bio user since 2015, she has a medium-scale bovine farm in Tlaxcala where she produces, among other things, corn, tomatoes and beans that she sells at the market. Juana uses the biogas from her system to cook and, above all, she has found added value in her crops since using the biofertilizer.

Like many small producers, she and her family depend on produce moving to different areas of the republic. The COVID-19 crisis has represented a decrease in transportation and therefore a large decrease in her sales. Juana has been producing and selling produce for as long as she can remember. When she started her production in San José Teacalco, she had only one competitor in the market. There are now around 30 greenhouses in the area.

In the current production and distribution context, a large part of the income of small farmers depends on restaurants and markets, who often buy in large quantities and move merchandise through great distances. Since measures to contain contagion were put in place, Juana tells us, production is too large for local demand. “We can’t sell here anymore, and what we don’t sell goes to waste. Small farmers need help in opening new markets, to take our produce to other places so that people can make use of them ”.

Even with this panorama, Juana assures us that she will not stop sowing and harvesting, and that for her the best option is to diversify her production. Biofertilizer has been of great help in this diversification, since it has allowed her to harvest new products such as broccoli in less time. 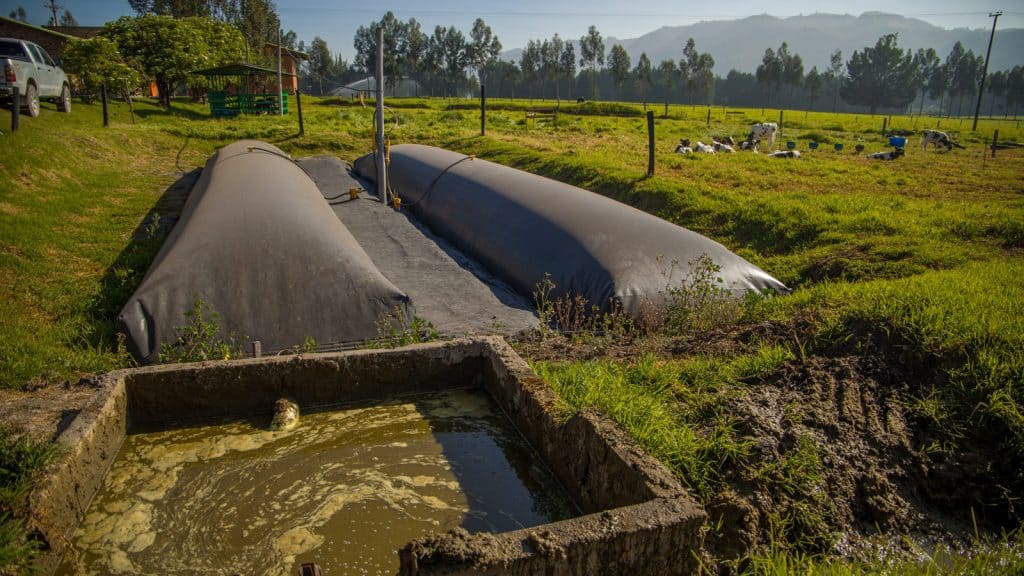 David owns a pig farm in Cundinamarca and lives off the production and distribution of pork in Bogotá, Colombia. For him, the biggest concern comes from the uncertainty about the market situation and the outlook for the short-term future.

Since the state of emergency was declared in Colombia, the sales flow has decreased, which in turn has caused a damming in the placing of pigs in the market. For pig farmers, this represents a big problem, because the larger the animal, the more difficult it is to sell, contrary to what would happen with sheep and cows. Furthermore, the price of pork is highly volatile: in Colombia it has dropped almost 25% since the start of the pandemic.

“I consider the biodigester that I installed in my farm 3 years ago to be essential in facing this crisis: with the rise of the dollar, agrochemicals are becoming more expensive,” David told us via telephone from Colombia. The biodigester allows him to diversify his income by producing organic fertilizers, in addition to allowing for a more sustainable production in general.

For him, local production and consumption are the key to coping with this situation: “This crisis has led to the awareness that employment and the economy lie on local production. While an imported product may be 10% cheaper, we are taking away local jobs, we are taking away opportunities for the agro-industrial development of our own country. It is about buying not always the cheapest but what generates benefit in our community.”