The Sistema.bio team is celebrating today as our Documentary “CACA” won the ninth edition of ECOFILM Festival. In collaboration with Camaroni Producciones and under the direction of Celsa Calderoni, its founder and director, the documentary was awarded first place among 10,000 short films that participated in 5 categories.

This year, the International Festival of Environmental Short Films ECOFILM addressed the topic of Renewable Energies, thus seeking to open the dialogue and expand the reflections and possibilities regarding the alternative means used in Mexico and the world for the responsible consumption of natural resources.

The Documentary “CACA” puts on the screen the voice of agricultural producers, because this requires a closer and more constant commitment of society, with new methods and technologies to generate and consume energy that are friendly to the environment, since the possibility of a more pleasant future for generations to come is the responsibility of the current ones.

Millions of small and medium farmers around the world are affected by the negative impacts of climate change and the economic inequalities of working in the field. However, each of these farms produces a key resource to transform this story: CACA (which means poop in Spanish). This element is capable of creating clean and sustainable energy with biodigesters, this is already replicated in the world to make these farmers the key agents to combat the greatest challenges that today threaten us as a society: food security, climate change and sustainability environmental.

The idea of the documentary was developed 3 years ago, while Celsa and I were working on the photographic and video bank that had been documented for Sistema.bio for a long time in various countries. We wanted to make the documentary the platform for these stories to have a greater reach. Our intention is that people, especially those of us who live in cities, recognize farmers as heroes, because they are the ones to whom we owe the production of our food and, therefore, the mobilization of local and global economies.

The dissemination of the stories of those producers who have dared to adopt the biodigester as their energy source generator deserves and has to be heard. In the first place, to make biogas known, that within renewable energies it is the least recognized and, secondly, to remind us that all human beings are interconnected and that we are all co-responsible for the well-being of farmers.

This project is just the beginning, the communication team of Sistema.bio, Camaroni Producciones and IRRI-Mexico, we are already working on a second documentary called “The Future of Farming is Female“. It will be approached with a gender and renewable energy (biogas) perspective: the role of women as agents of change is key for the transformation of the agricultural-social fabric and for the transition to a more loving, fair and sustainable world. 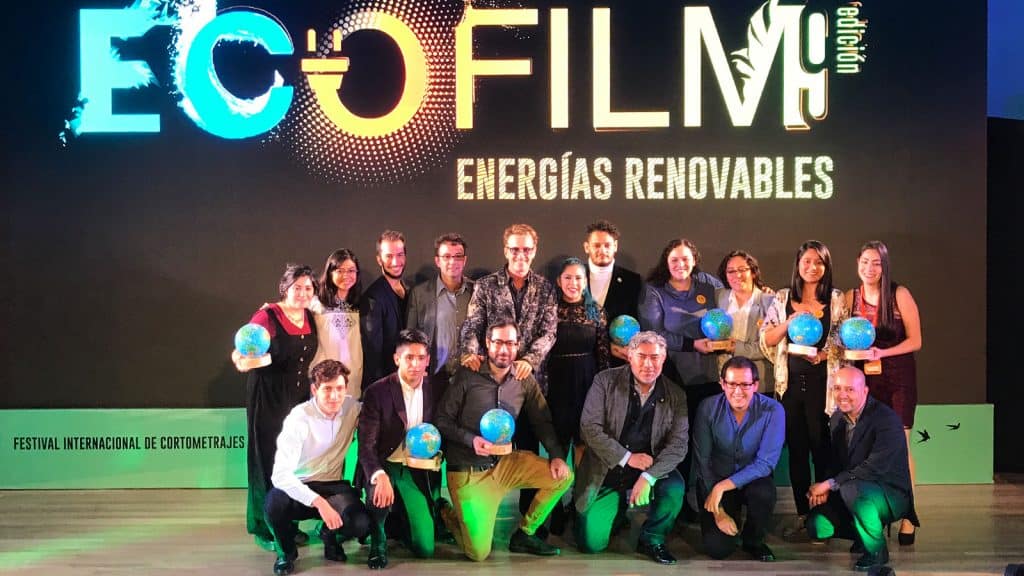 She is Global Director of Communication of Sistema.bio, she is responsible for the Gender program. He joined the team in 2013 and has developed multiple dissemination and marketing projects, including the coordination of the education program “The Dragon of the New Fire”.

She is an Industrial Designer with a specialization in marketing and has a Master’s Degree in Sustainable Development, her experience covers the areas of advertising, product development with indigenous forestry and artisan communities; with small agricultural producers and in the design and implementation of programs in education for Sustainable development with young people.