Take care of the planet with every decision!

Today, June 5th, 2021, we celebrate World Environment Day. This day in particular is a moment of reflection and awareness of the damaged state our planet is in, to understand that we are in a crisis and that we are far from being able to respond as we should, designing solutions in global policies or reaching the goals stated in the Paris Agreement, signed in 2015 by 197 countries.

The food we eat, the air we breathe, the water we drink, are home to some of our biggest problems. Why? Because the rate at which we are handling and consuming them is unnatural, it does not match their effective natural cycles. This system of transforming everything natural in the name of “progress” has led the less fortunate to suffer the environmental consequences, both in underdeveloped countries and in regions with lagging economies.

At our current pace of water consumption, 700 million people in the world could be displaced due to lack of water by 2030. Food is full of chemicals and genetically modified. Soil degradation affects a fifth of the earth’s surface. The air is full of highly harmful particles –data tells us that 7 million premature deaths were attributable to ambient air pollution in 2016, getting worse every year. And we normalize these situations by looking for someone to blame. Yet we are the ones who are responsible, because every decision we make without being consistent with what we demand makes this system work.

If we paused for a moment and really understood the cost-benefit of each decision, we could change things. We could, for example, choose cycling over cars, buying local rather than online shopping, going to a local garden instead of the supermarket, and stop eating meat on a daily basis. We can change the paradigm. These may sound a bit extreme and radical, but they are the decisions that have fed the system since the ‘60s and we know now that they are not working. The connection that our ancestors had with nature, that of caring for it, has been broken.

Understanding the actions we must take to mitigate our planet’s evident destruction, to reach climate neutrality, is a challenge. Fortunately, there are small companies, entrepreneurs and private funds that are now aligned and are pushing the world agenda for this to happen. A clear example of this are the Sustainable Development Goals (SDGs).

So, what can we do? We can make consistent and balanced decisions, from knowing what you want to work for to understanding the side effects of purchasing a product. In my personal experience with Sistema.bio, it’s all about pursuing the values ​​and principles of a solidarity economy.

I see Sistema.bio as a company where we take action. Like other companies, we have daily challenges to take on and, surely, some are more complicated than others —but I am proud to say that each of our incredible collaborators give the best of themselves for the planet. That, to me, is taking action. Having clear objectives aligned with the common good, these people inspire me to continue to pursue each and every one of our goals. Because, as one of our values states, “we are solving humanity’s most important problems.” 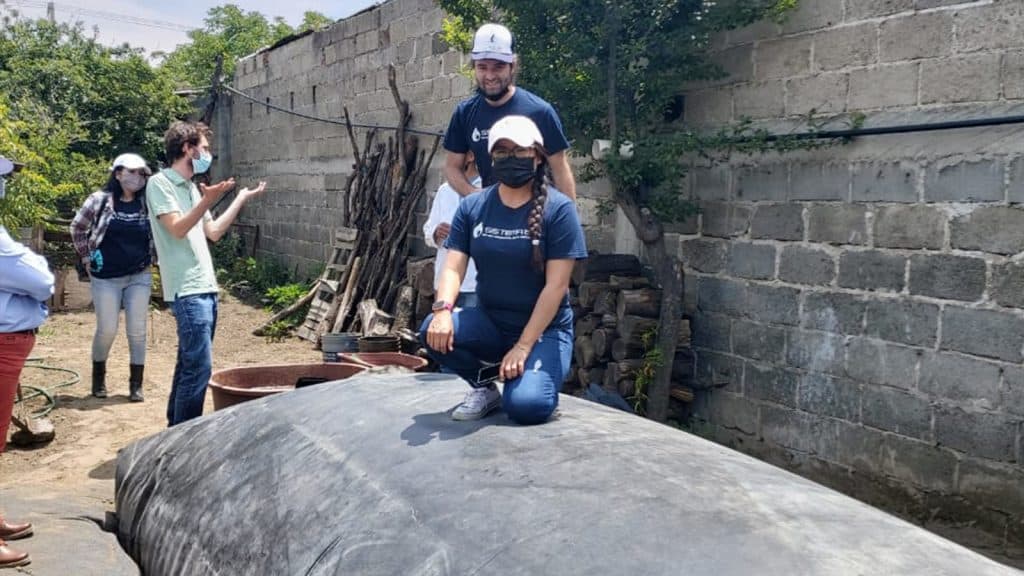 There are small solid steps through which we can all celebrate this World Environment Day, and that is to seek for each decision we make to be honest and consistent with ourselves, with society and with the environment.

Every decision we make has an environmental cost, so every decision you make can have a positive impact, too.